Physical intimacy—touching, kissing, petting, and every other kind of sexual contact with another woman—is the thing that girlfriends most concern themselves with.

There are, of course, deep psychological as well as very practical reasons for you to not want a boyfriend who sleeps around.

The former are too obvious to need listing. The practical reasons include both protecting your reputation and your body—from STDs. 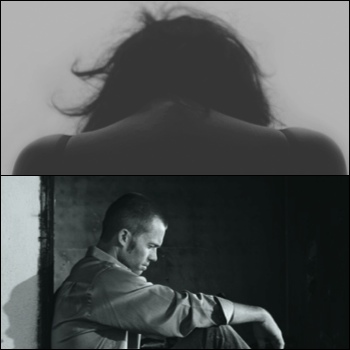 A trickier kind of infidelity comes in the form of the emotional: when your man has given his head and his heart over to another woman without touching her.

Indeed, this is a much more pernicious type of cheating because it means he has found a soulmate in another woman.

As difficult as it is for women to believe, men are true to their word when they say that the one night they spent with another woman didn’t mean anything. The urge for a young man to jump the bones of just about every woman he sees is extraordinarily powerful.

All the literature and anecdotal evidence suggesting that the sexual urges of women are just as strong miss the point. The sex instinct in women is incomparable to the constant and indiscriminate nature of that which pulsates in men.

The flash of a smile and a mild flirtation from a random woman can, if she is willing, lead your man to sleep with her—without a single thought, feeling, or emotional tie whatsoever.

In fact, he would probably prefer never to see her again, and to do all that he can to put the episode behind him.

If he shows the right kind of contrition, and you believe you are able to trust him not to do it again, then it is possible for your relationship to recover from such indiscretion.

Emotional cheating is different. It involves your boyfriend becoming close to someone in a way that touches his deepest feelings and affections.

Some men are more prone to this kind of cheating. Although they are able to hold their loins in rein, they are much less able to tame the sentiments of their heart.

Therefore, you must  learn to detect the signs of an emotional cheat – here are the top 7 indicators:

1. Meeting a new female friend only once

You may not think much of the new woman friend your boyfriend introduces you to. After all, you have male friends that he finds no objection to.

Your worry should only come if you meet her once and never again. If your man is so friendly with this new woman, what need does he have to hide her from you?

Shame is not what drives him to keep the two of you separate. If he is an emotional cheat, then he prefers to keep his prize to himself.

He also doesn’t want to risk you seeing the way he acts with her; and would probably like it if she forgot your very existence.

2. The sudden emergence of a new interest not shared by you or other friends

If your man has not read a single book in your presence and is suddenly wolfing them down as though obsessed, if he never took an interest in art, music, or politics and suddenly can’t read enough about them, it is a sign that his mind has been turned by a soft and insistent voice.

Unless he has friends who are into these things, you have every right to suspect the influence of a new woman. And if she can get him to change his mental habits, then it’s quite obvious he’s given her greater access to his heart and mind than he’s given you.

3. A change in the way he speaks to you

If your man starts speaking to you in ways similar to your “gay husband“, you have a problem.

No, it doesn’t mean he’s turning gay; but it could be a sign that he is under the influence of a woman who has a lot more influence on his mind than you do.

A man who has entered into an intense emotional relationship with another woman—without sex—will become more open about his own feelings and more sympathetic to yours.

It could be the case that being with you has changed him. But if the change is radical and sudden it could be a sign that the source of this transformation lies elsewhere.

4. A reticence to share his hopes, dreams, and ambitions with you

When you first started dating, he couldn’t get enough of telling you about all his wonderful plans for the future.

If he has stopped sharing his hopes, dreams, and ambitions with you, then you should worry. 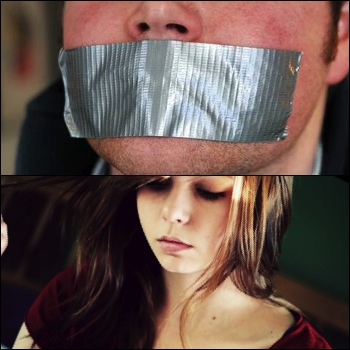 To be sure, as relationships age the immediate arrangements of life take precedence over distant aims and purposes.

This happens with everyone. However, if he’s gone from being a consummate visionary to a complete clam, you have reason to worry.

5. A general coldness—except in the bedroom

In connection with this last point, if you feel that he does everything he can to avoid being alone with you, if you see he’s gotten into the habit of giving you brisk, monosyllabic answers and is unwilling to engage with you on any point for more than a few minutes; if “date night” dinners and other times set aside for the two of you have become strained and painful affairs, and if the only time he’s willing to share any intimacy with you is when the two of you have sex, then there is a problem.

This general coldness is a sign he’s getting emotional fulfillment elsewhere.

We all daydream from time to time. But if you notice your man doing it with greater frequency, you have every right to ask him what he’s thinking about.

It could be harmless. Or, it could be a sign that he would rather be somewhere else.

Having lunch or coffee with a woman tends to be harmless. Such dates are arranged so that friends can catch up on what’s going on in each other’s lives.

If your man has lunch or coffee with his women friends, then you usually have no reason to worry.

However, if you notice that the appointments are becoming regular and he has stopped calling her by her proper name and refers to her instead to some shadowy “friend”, it may be a sign that their relationship has slipped into a level of unacceptable intimacy.

If you’re seeing these signs in your relationship, you’d best take action to keep him from totally pulling away from you. There are probably some issues that are causing him to be emotionally distant, so these need to be addressed before it’s TOO LATE.

By the way, if you need help fixing your relationship, check out Carlos Cavallo’s page. He’s got three ways to get you and your man on the right track and avoid the risk of cheating in your relationship.

Get this FREE report and discover the simple date that could rekindle the romance and passion with your man!